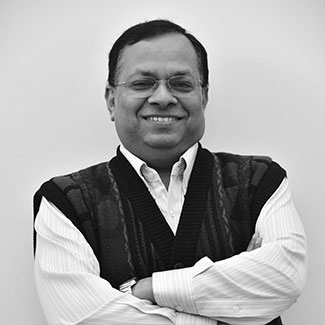 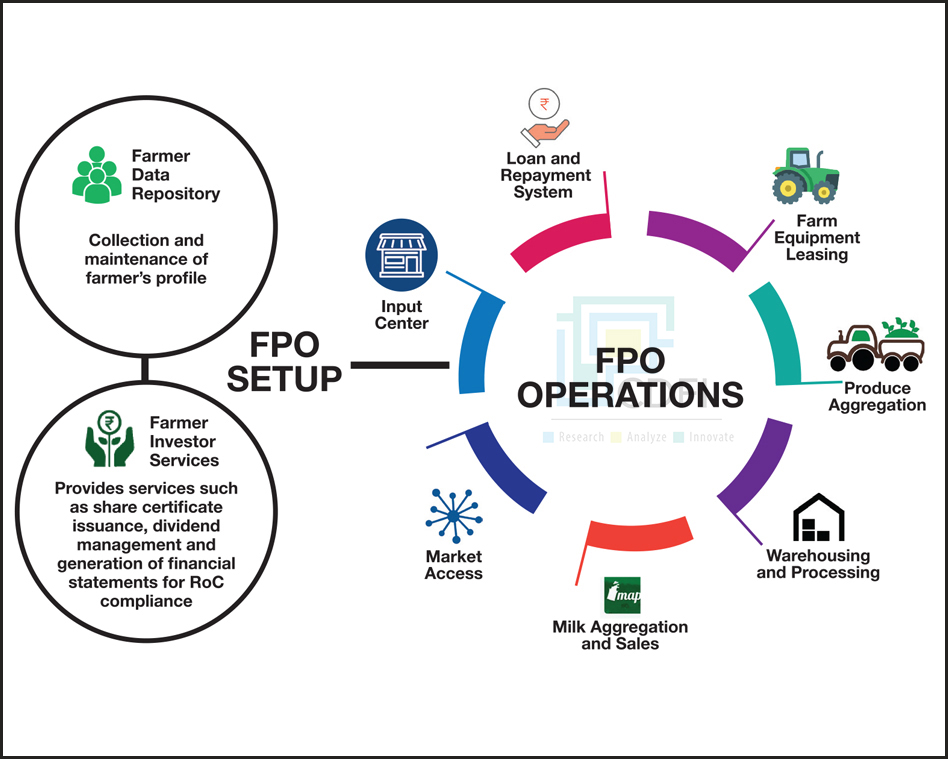 With 58% of rural households still dependent on agriculture as their primary source of livelihood, agriculture plays a vital role in India’s economy.

India is beset with a major agrarian crisis, despite being the second largest in terms of arable land. It is a problem that deeply affects the poor, the landless, the marginalised and the small farmers.

As land holdings continue to shrink, a farmer’s sustenance will depend heavily on increasing productivity, reducing cost of inputs, and getting sustainable output prices. What increases the challenge is that small farmers, being scattered and in different parts, have no bargaining power to influence cost of inputs or price of their produce and have limited access to affordable credit. The small and marginal farmers also suffer from market uncertainties as most agricultural policies (and institutional support) favour larger farmers and corporations. In such a dire scenario, traditional approaches to improve the farmers’ income and social security would not suffice. There is an urgent need to explore new avenues and ways to alleviate the distress.

Farmers’ unity is the first step

As a first step towards finding a solution, farmer unity, by way of formation of farmer producer organisations (FPOs) should be initiated. Farmer producer organisation (FPO) is a group of small and marginal farmers coming together based on the principle of equal membership and shareholding to have access to investments, technological advancements and efficient inputs and markets.

Based on figures sourced from the Small Farmers Agro-business consortium (SFAC) website, as on 31st May, 2018, 7.37 lakh small & marginal farmers had registered into FPOs and so far 744 SFAC- supported FPOs have been registered and 103 are under the process of registration. The number of non SFAC-promoted FPOs total approximately 349 as of this date.

A recent study conducted by the International Food Policy Research Institute (IPRI) in Bihar on the effectiveness of FPOs has thrown to light some interesting findings. While FPOs have been helpful for farmers in terms of getting information on crops and technology, inputs at cheaper prices, higher prices for their products and linkages with new markets, they have been rather unsuccessful in accessing capital for their member farmers. Only 3% of the farmers reported any significant improvement in credit access. Providing capital access was the prime reason behind the formation of FPOs. Around 59% of the farmers interviewed in this survey reported a status quo in access to reasonably affordable capital.

Role of Technology interventions in Increasing Effectiveness of FPOs

It is in such a scenario that technology interventions may be employed to help in increasing the effectiveness of such farmer groups and communities. A community or a farmer group integrated through a digital platform that can cater to the entire gamut of a collective’s activities (such as access to cheaper input, produce aggregation, warehouse management, linkages with various markets for better price, and access to capital) will have the potential to revolutionise the sector.

An example of how a technology intervention can be helpful can be found in the case of KANCHI (Kisaan’s Advancement through Cashless Innovation), a platform has been introduced by the Centre of Digital Financial Inclusion (CDFI) in collaboration with the National Agro Foundation (NAF) in order to enable small and marginal farmers’ access to technology, cheaper inputs, warehousing, markets and, formal credit.

Digitizing a range of agricultural activities through its various modules, KANCHI maximises cashless transactions in agriculture and facilitates small and marginal farmers in securing credit from formal financial institutions by building their financial history.

An important source of subsidiary income for most small and marginal farmers is dairy farming. While the activity is organized through cooperatives, payments are in cash, thus hindering these farmers an opportunity to create a financial profile and get a credit history which can enable them to purchase more livestock and increase their incomes. Under Kanchi’s Milk Aggregation Portal, cashless payments for milk farmers is possible. Under this, a simple mobile app is used to record daily milk collections and payments on account of milk poured, are processed and directly credited to milk farmers’ bank account. KANCHI help maintains transaction-wise data for each and every farmer. The aggregation facility is further being extended to other farm outputs as well.

The Loan and Recovery System (LRS) module of KANCHI takes into account the fact that credit is of prime importance for any business, more so for farming. Loans are used by farmers to buy inputs - seeds, fertilizers, pesticides and equipment. Public and private financial institutions generally prefer to give credit to a FPO rather than individual farmers. FPO then on-lends to farmers with an added margin to cover the operations cost. This entire mechanism, though useful, doesn’t enable a bank to directly lend to farmers as they only recognize the FPO and for them farmers are invisible. KANCHI’s LRS captures all loan related transactions (disbursals and repayments) by enabling account to account transfers through cashless modes. LRS also enables communities like FPOs, to create new schemes, set eligibility criteria, invite applications against specific schemes, evaluate applications, award and disburse loans, set repayment cycles, send alerts to farmers for confirming timely repayments, collecting repayments from farmers in multiple modes and finally to repay the bank. The module has been created keeping in mind the fact that highly localized schemes can be created, which specifically cater to the needs of the farmers – a loan product created by them for meeting their need. Such end-to-end digitization and direct interaction would definitely help in promoting greater compliance, and will go a long way in creating credible credit histories, both for the FPO and its member farmers.

Through the Farmer Investor Services module, KANCHI is also enabling complete automation of the share application and allotment process. Treating the FPO as a company which has to be run professionally, KANCHI provides services to the farmers investing in the FPO.

Different modules of the platform are currently being used by 14 FPOs across Kanchipuram, Villupuram and Thiruvallur districts in Tamil Nadu covering more than 10,000 farmers. Another 20 FPOs are in the process of being digitised using KANCHI in Bihar under Bihar Agriculture Growth and Reform Initiative (BAGRI) in partnership with DFID, UK impacting 50,000+ farmers.

Initial findings from the areas where KANCHI has been piloted in Tamil Nadu indicate that about 84 % dairy farmers are now receiving bank payment updates through SMS.

While the overall contribution of agriculture to India's GDP is on a steady decline, agro sector continues to play a significant role in the existing socio-economic fabric of the country. Technology has been empowering Indian agriculturalists time and again by helping overcome stagnation in productivity, strengthening market linkages, and enhancing farm management.

For Indian farmers to grow more sustainably and inclusively, adopting technology and cashless means has now become a compulsion. While we may not have control on all factors affecting agriculture , innovative technology platforms can mitigate the ill effects in some areas and it is time that such platforms are utilised on a wider scale with special focus on small and marginal farmers collectivized in groups. Continued focus on improving financial health of farmers by empowerment, getting professional business know-how to make agriculture a business will take this sector to new heights.