An Introduction to the MSME Sector in India 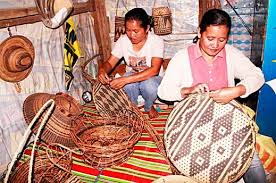 In a diverse, developing country such as India, which faces several challenges, MSMEs (Micro, Small & Medium Enterprises) form the backbone of the country as they generate employment, employing approximately 1109.891 lakh people and contribute a significant part (around 30%) to the GDP(Gross Development Product).

While MSME is a relatively new nomenclature, ever since the MSMED (Micro, Small & Medium Enterprises Development) Act of 2006, these enterprises were known as SSIs (Small Scale Industries). Indigenous small scale industries have existed in India since time immemorial, from before the Mughal era. However, the advent of British rule in India led to a decline in the indigenous SSI (Small Scale Industries), especially in the handicraft industry. In the period of the Industrial Revolution in England, indigenous industries were classified for the period between 1850 and 1914, as Plantation and Factory Industry. Some significant steps were taken after Independence for the development of the sectors; it was only in 1972 that the classification of tiny, small and ancillary units was introduced by the government. Subsequent classifications based on the amount of investment were made in the following years and support was also increased for the industries and in 2006, the MSMED Act was passed for supporting the small industries.

MSMEs are present in both rural and urban areas of the country. While, most of the manufacturing industries (approximately 114.142 lakh) seem to be located in the Rural areas, the total number of enterprises in both areas, i.e. rural and urban are almost comparable: 324.88 lakh in Rural and 309 lakh in urban). However, it has been observed that most of the employment is generated by the urban units.

According to the numbers based on the official classification of these industries (Micro, Small and Medium), there are 630.523 lakh micro-enterprises 3.314 lakh small and 0.055 medium industries. 79.63%6 of these units are owned by males while women own 20.37%7 enterprises, mostly microenterprises.

The entire sector is fraught with problems. A major issue is the scarcity of sources of funds for these MSMEs. It has been observed that that the problems occur due to lack of financial inclusion and financial literacy. Lack of geographical proximity, lack of technological and market expertise, lack of adequate infrastructure, high rates of interest of bank loans, high debt equity ratio, are other noted issues. Most banks are reluctant to lend to MSMEs because from the perspective of bankers, inexperience of these enterprises, poor financials, lack of collaterals and infrastructure and a poor credit rating are issues. MSMEs seem to face problems with other methods of borrowings/ capital investments (NBFCs: Non-Banking Financial Institutions and MFIs: Micro Financing Institutions, Bonds, Equity).

In order to boost the development of this sector, the Government has ushered in various schemes such as SFURTI-SI (Scheme of Fund for Regeneration of Traditional Industries, Credit Guarantee Scheme), PMEGP (Prime Ministers Employment Generation Programme), CLCSS (Credit Linked Capital Subsidy Scheme), to name a few. For fostering the technological expertise of MSMEs, the Government has introduced a programme, Technology Centre Systems Programme (TCSP). Under this programme, technology centres have been developed for giving technical education and support to MSMEs and their training capacity has been increased from 1.5 lakhs to 2.5 lakhs8.

Apps and websites such as Databank, MyMSME, MSME Samadhaan, MSME Sambandh have been set up by the Government to encourage a direct interface with MSMEs and keep abreast of problems and issues they face. By rolling out the UAM (Udyog Aadhaar Memorandum) that helps easy registration of the enterprises, and these various digital platforms, the objective of the government is to bring these enterprises on the digital platform and increase the ease of assistance in form of direct benefit transfers and digital payments to them.

The establishment of the MUDRA (Micro Units Development & Refinance Agency Ltd.) bank under the Pradhan Mantri MUDRA Yojana is a signifcant step forward. The Bank gives loans for working capital and additional requirements to income generating small business activity in manufacturing, processing, services or trading. The Project cost is decided based on the business plan of the enterprise and the proposed investment. A new product MUDRA Card has also been launched for meeting the working capital requirements; the card is a Debit card issued on Rupay platform which provides free credit in a hassle-free manner.

Additionally, NBFCs and MFIs are fixing the existing gaps in the financing activities of the MSMEs. While they made an entry in the late 1980s, their business proliferated only in the 1990s. Non-adherence to rules and some instances of irresponsible actions of some MFIs brought a setback to the sector. These aberrations were mainly due to the lack of any regulations and the crisis precipitated in certain states led to some affirmative action. The entire MSME sector was brought under the ambit of Reserve Bank of India (RBI) which then introduced certain regulations. The MSME regained traction since 2012-2013 and is now showing consistent growth.

As of current figures, there are about 7012 NBFC/ MFIs in the Microfinance sector in India. This further includes 913 Cooperatives, 1814 Section 2515 Companies, 1516 Trusts and 4417 Societies under the MFIs and there are around 7718 Lakhs SHGs (Self-Help Groups) linked. While the branch penetration and the outstanding gross loans disbursed by these MFIs have increased and the government also assists the NBFCs, the MSME need to be educated about the presence of different options to fulfil their need for investment and the ways to access these options.

Distribution of Employment in Rural and Urban Areas (Number in lakh)

As per the classification based on the sector